Trading Strategies : Clues a Reversal is on

A trend reversal often comes from a technical reference point. in this case, in the DAX, this came from a previous day’s VPOC, but it is the technical clues and then the price action that precede the reversal that offers the trade opportunity. As it can be seen in the chart below, DAX had created a flag and the break below 12545 (blue arrow) gives the point at which the move lower would be expected to continue potentially to its 80 tick target – this break would attract in more sellers either adding or entering new trades. 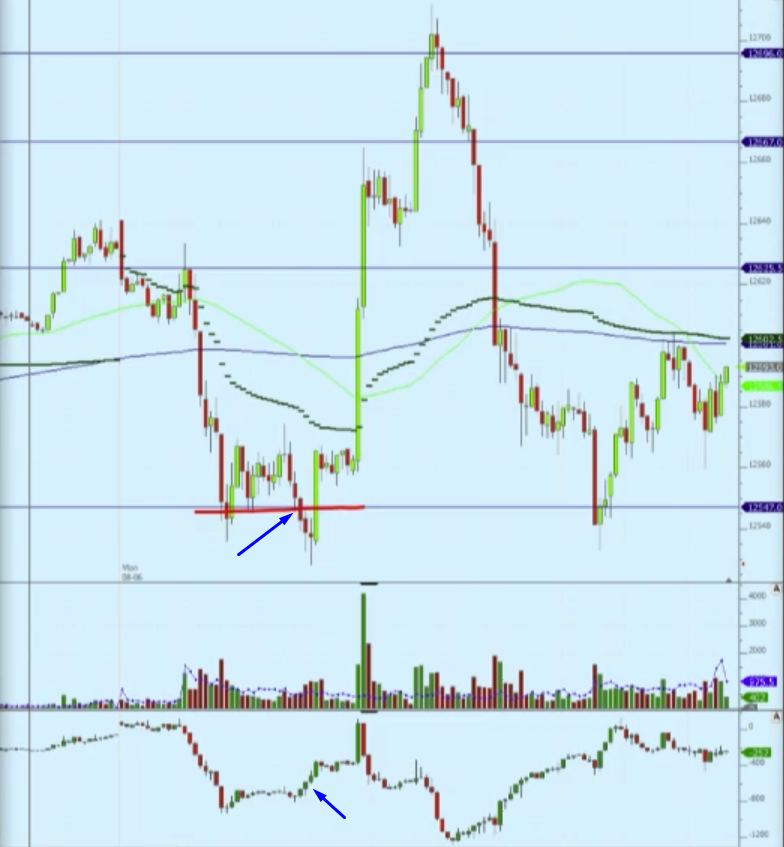 There was one big issue with this move though: delta had gone higher on every candle since the flag break – not higher relative to where delta had fallen to previously, but absolutely higher when selling should have been expected This give the clue that a reversal could be in play – next comes price action for the entry once a new low is created. Selling should continue and hold price lower, not fail to keep coming in and allow prices to trade back above previous lows. This provides the entry point and once trading above 12545, a larger move higher can start to be considered.

The price action at the low giving the buy opportunity is identified in this live AXIA daily debrief showing a very aggressive entry and the weakness of sellers once the new low is created, indicating that the turn is on.

Trend reversal pattern and exercises are covered in Module 11 of the Axia Price Ladder Course where more drills and exercises enable you enhance your edge in these trade types.