After any Central Bank trading event many opportunities remain, even if not directly relating to what was said or the result of a Central Bank’s decision. When the Bank of England raised rates to 0.75% there was a 9-0 vote in favour which was seen as hawkish, causing an early rally, however the wider technical picture gave an opportunity for a short as a larger wedge broke whilst correlated EUR/USD broke significant lows. 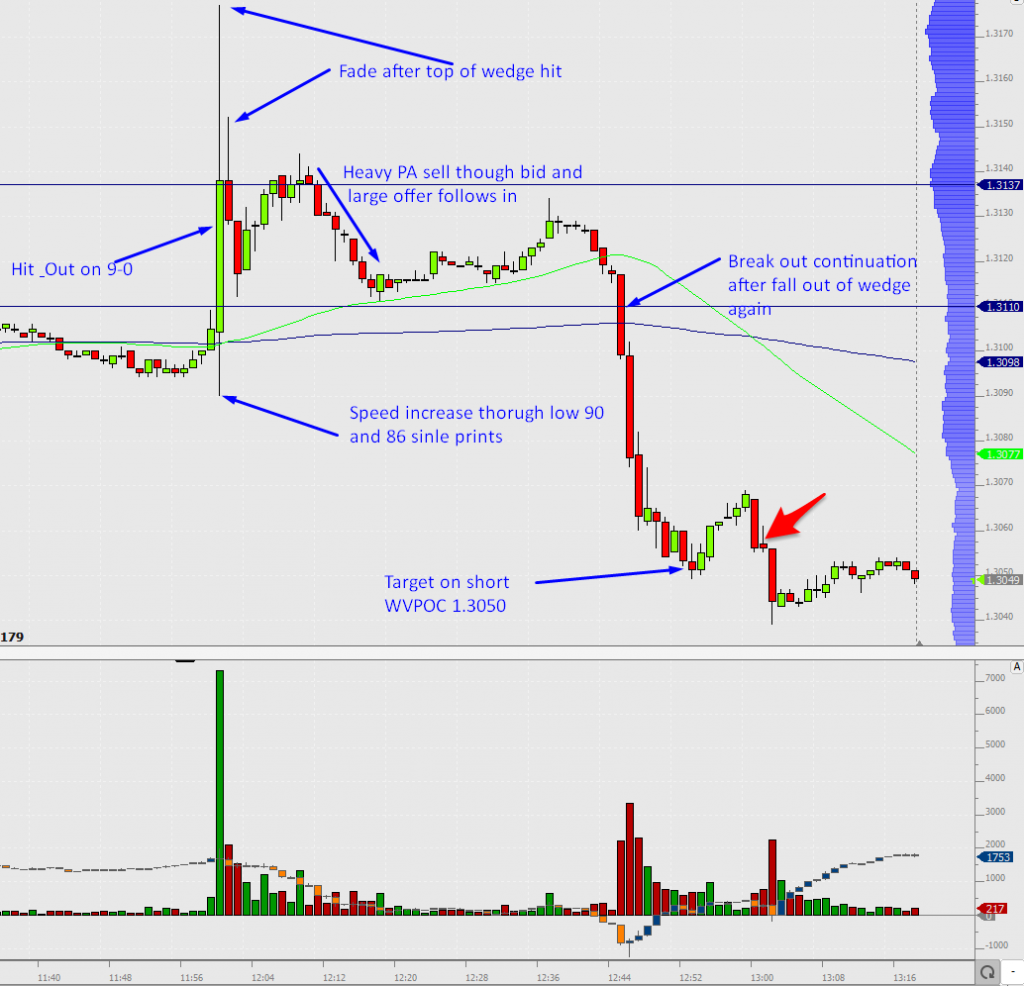 So irrespective of what the result of the Bank of England decision, once the wedge had broken, trade opportunities were going to be continuation to the downside. After the initial breakdown from 1.3110 and bounce form 1.3049, a flag was created and as GBP/USD fell, absorption could be found selling at 1.3061. This gave a secondary trade to break the lows (red arrow).

Recognising the absorption and looking for it to come back after the market jumps up above it and then falls, is crucial to entering a short. This is covered in this live AXIA Central Bank debrief showing that focus needs to be retained for the rest of the trading session not just during the hyper-volatile decision release.

Event and economic data trading are key skills developed by all AXIA traders and as such a whole week is dedicated to trading around these large opportunity events on the Axia Futures 8-week Trader Training Career Programme.

© Axia Futures 2022. All rights reserved.
X
Cookies help us to deliver our services. To learn about the cookies we use and information about your preferences and opt-out choices, click on 'Learn More'. By using our website, you agree to our use of cookies.CloseLearn More